I attended a conference this weekend on lessons from the financial crisis for monetary policy. Among many interesting presentations, Federal Reserve Bank of San Francisco President JohnWilliams provided updated estimates on the effectiveness of large-scale asset purchases and forward guidance.

PresidentWilliams’sanalysis included a survey of academic studies of what effects the Fed’s large-scale asset purchases seem to have had. The table below summarizes estimates that have been arrived at using a number of alternative data sets and methodologies for what we could expect to be the consequences for the 10-year Treasury rate of an additional $600 billion in Fed purchases. The estimates vary and are characterized by considerable uncertainty, but most studies would predict a 15- to 25-basis-point decline in the 10-year yield.

The hot debate among Fed watchers– when will the Fed announce a "tapering" of its large-scale purchases– concerns a change in the stock of Treasuries and mortgage-backed securities that the Fed ends up holding that comes to only a fraction of that $600 B reference point. For example, I noted earlier that if the Fed had (as some market observers once anticipated) announced at its September FOMC meeting that it would begin to reduce its net purchases of Treasury securities by $2.5 B per month beginning in October, the result as of the end of 2014 would be that the Fed would be holding about $100 B less in Treasury securities by the end of 2014 than if it waits to begin tapering until January. Using the above table as a guide, that suggests a difference of perhaps 2.5-5 basis points (that is, less than 0.05 percentage points difference in the annual yield) on a 10-year Treasury. Even if you double or triple that by adding in the consequences of MBS purchases, it’s hard to see this as the #1 news event with which financial markets should be gripped.

The real question is not when will the Fed begin to reduce the rate at which it purchases Treasury securities, but instead should be, when will the Fed first raise the interest rate paid on reserves? That, rather than a change in large-scale asset purchases, is the key date to be watching for. 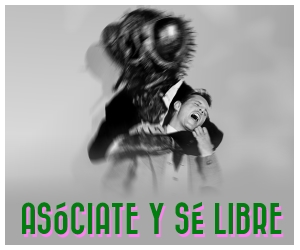